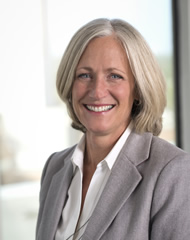 As an integral member of the Toronto office since 2005, Michelle has been directly involved in its rapid growth. The fifth principal to be appointed at ABBARCH, she graduated with honours from the Georgian College Interior Design program and has since worked on large-scale retail construction and renovation projects.

Michelle has an excellent understanding of retail environments and has developed strong relationships with clients and contractors. Michelle is involved in all aspects of a project – from initial planning through to the grand opening.

She is a highly organized and energetic individual who enjoys a deadline-oriented environment. Michael is a founding principal of ABBARCH. He graduated from Liverpool Polytechnic School of Architecture in 1969 and has over forty years of experience in a vast array of project types.

Michael’s primary role in the firm is to take projects from the conceptual stage, through the early stages of design, re-zoning negotiations and development permit discussions. Michael has assisted his clients in fulfilling their objectives at city halls throughout the province. He continues to take the role of Project Principal on a wide variety of projects. With over 25 years of experience in the real estate development and consulting industry, Kevin joins ABBARCH’s management team in Toronto focusing on client engagement and strategic planning. As a mentor and leader, he has completed projects nationally for some of the largest institutions in Canada and brings insight as a successful intermediary between stakeholders, consultants, contractors, landlords, tenants, lenders and municipal officers. 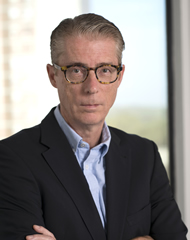 Kenn joined ABBARCH in 2002 and soon established himself as a key member of the staff overseeing clients such as Sam’s Club and Wal-Mart Canada. In 2003, after becoming a principal, Kenn relocated to Toronto to set-up and run ABBARCH’s new office. The Toronto office rapidly grew to over 50 employees within a matter of years, successfully servicing national retail clients with a complete range of architectural services. Focusing on a customer-centric approach, and setting up a sound process for delivering projects, Kenn has provided the tools for his team to bring in a variety of repeat-clients to whom ABBARCH provides architectural services.

Kenn has a broad range of experience in various industry sectors, such as institutional, recreational, retail, commercial and residential projects. He has extensive design development experience with a strong focus on project management, contract administration and construction review. Kenn holds a Bachelor of Arts degree from the University of Regina and Bachelor of Architecture degree from the University of British Columbia, and is licensed to practice in nine provinces across the country. 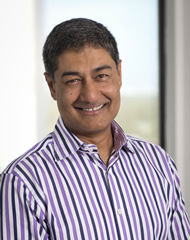 Harv Mankoo joined ABBARCH in 2015 as CFO, bringing with him over 20 years of financial management experience at the CFO, VP and Director level. Based out of ABBARCH’s Vancouver office, Harv will continue to oversee and manage the financial and strategic planning matters of the company. A graduate of UBC, Harv is a designated CPA.

David is a registered architect in British Columbia, Alberta, Saskatchewan, Manitoba, Ontario, the U.K. and Ireland and brings over thirty years of industry-specific experience to ABBARCH

In 1982, David graduated from Dublin Institute of Technology and Trinity College School of Architecture Dublin with a Bachelor of Architecture Degree. He arrived in British Columbia in 1991 and primarily worked in the high-tech office, commercial and industrial sectors.

David spent a considerable amount of time overseas in Asia, the Middle East and Europe, where he worked on large scale, complex projects. His last overseas appointment involved running the branch office of a large Dublin firm of architects and planners.

David joined ABBARCH in 1999 and is the Principal in Charge on a variety of large scale commercial, retail and residential projects. He has exemplary skills in design and project management, including resource and project planning. He is currently leading the implementation of ABBARCH’s Quality Assurance Program, including ISO 9001:2008 registration.

Roger Snowball brings more than 30 years’ experience working in architectural practices in British Columbia, Alberta, Ontario, and Quebec participating in the design and construction of a wide range of architectural projects. After spending more than 15 years creating and leading the design department at Walmart Canada Corporation, Roger has recently been involved with design in the retirement and long term care sector. Roger will be based out of ABBARCH’s Toronto’s office.